A 3-dimentional finite element groundwater model for density-dependent flow and transport through saturated-unsaturated porous media with stochastic approach (i.e. Latin Hypercube Sampling) FEMWATER-LHS has been developed. Numerical models like FEMWATER-LHS can not be regarded as representations of the real world because the complexity of natural hydrogeologic systems can never be captured in the discretized parameters of a numerical model. Instead, numerical modeling should be understood as a means of testing hydrologic hypotheses based on model parameters that best represent measured phenomena. However, testing hydrologic hypotheses often becomes time consuming because numerical models require complex data. To facilitate the modeling process, graphical user interfaces (GUI) are needed to handle geospatial information and simulation control parameters, as well as visualize the simulated results. For this purpose, a FEMWATER-GUI has been developed using Borland DelphiTM. This GUI for FEMWATER-LHS was developed using commercially available software developed by Argus Interware. The Argus Interware product, known as Argus Open Numerical Environment (Argus ONETM), is a model-independent, programmable system with Geographic-Information-System-like (GIS-like) functionality that includes automated griding and meshing capabilities for synthesising geospatial information and linking it with finite difference and finite element discretizations techniques. This GUIs must be used in conjunction with the Argus ONE commercial package. Together, these codes provide a convenient graphical pre- and post-processor, that significantly reduce the time and effort required for use of FEMWATER-LHS as hydrogeologic tool. 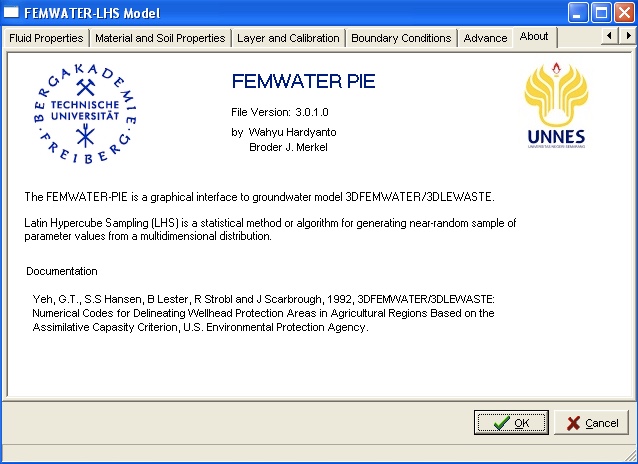 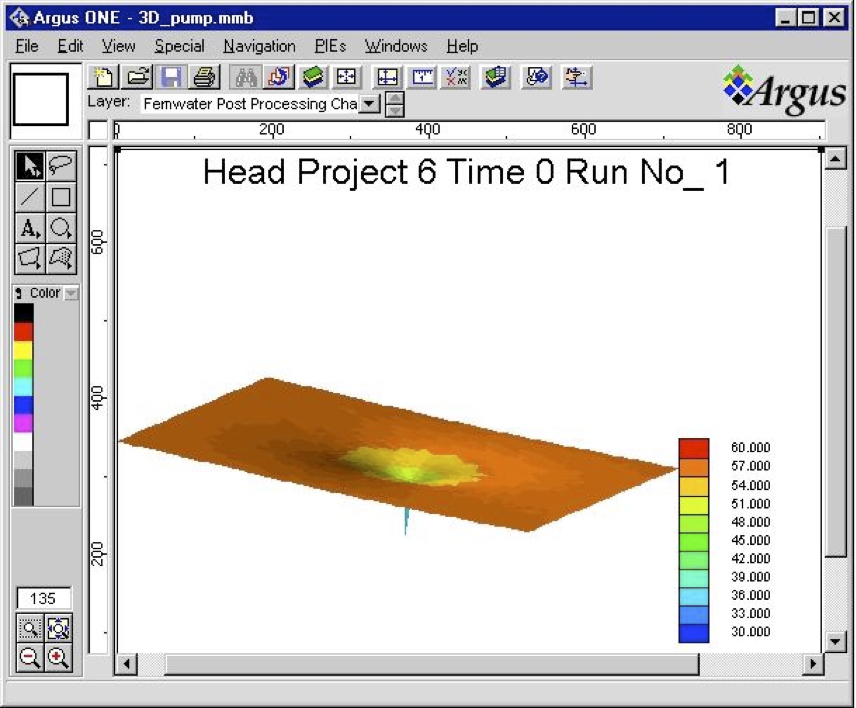 The groundwater modeling code FEMWATERLHS for saturated-unsaturated porous media by combining and modifying three existing codes: groundwater flow, solute transport (FEMWATER) and probabilistic Latin Hypercube Sampling (LHS). The GUI for FEMWATER-LHS is based on a public-domain Plug-In Extension (PIE) to ArgusONE that permits the use of Argus ONE to automatically create the appropriate geospatial information coverages (information layers); provide menus and dialogs for inputting geospatial information and simulation control parameters, and allow visualization of FEMWATER-LHS simulation results.

The FEMWATER-LHS has been developed only for computers operating under Windows. The user must have the Windows version of Argus Open Numerical Environments (ArgusONE). However, the evaluation mode edition is allowing the user to install it on PC. This mode is fully functional but the user can not save or print the projects and export is limited to 625 elements. Additional information and software about ArgusONE and FEMWATER-LHS can be found on www.argusint.com and Wahyu Hardyanto’s foder page.

The export templates used by the PIE (femwater_lewaste_lhs.met) should be placed in the same directory as the FEMWATER PIE (FWGUI30.dll).